The NetBeans support for editing JavaFX isn't as mature as for other languages. After working with it for a little bit I've figured out a few things you might find helpful:

I work from home, so I rely heavily on Instant Messaging and IRC to communicate with my co-workers, and for video conferencing I use Skype.

I sometimes make typing mistakes. And if the typo is particularly embarrassing, to the extent that I want to fix it to show that I know better,
I usually write something like this:

Anybody with vi experience or even sed experience will recognize the second line as a search/replace command, so I'm really saying "I said agre but I meant agree". It's reflex at this point - I'll do it for the most minor accident.

I usually only use Skype for video conferencing, not instant messaging. But I just discovered, by accident, that Skype does something wonderful. Instead of showing my substitution command, it applies it to the previous line, instantly, on both sides of the conversation! Look at this:

Instead of adding my correction command to the log for the viewer to interpret, it just edited the previous command in place. If I can type this quickly enough, perhaps the reader won't notice!

P.S. On the topic of terminal conventions.... I like using ^H's as a "just kidding" device:

Anyone who's logged into terminals with wrong tty settings will recognize the ^H's as failed backspaces... And I don't want IM clients processing these :)

Posted by Tor Norbye at 6:34 AM No comments:

A lot of stuff is happening these days, so here are some quickies... is this what people use Twitter for?

Add Effects to the right Container!

The Flubber application I described earlier has an old stop-watch style timer with second and minute hands: 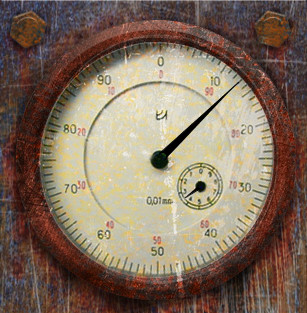 Making the clock hand move was trivial using value binding and a rotation transform on the hand graphics object:

Since we are using a binding expression, setting the minutes variable anywhere (and yes, assigning to it!) will cause the hand angle to be recomputed and the graphics updated.

Anyway - once we had the clock moving, the first thing we wanted to do was improve the look of the clock by adding a drop
shadow. That was trivial; all we had to add was this: 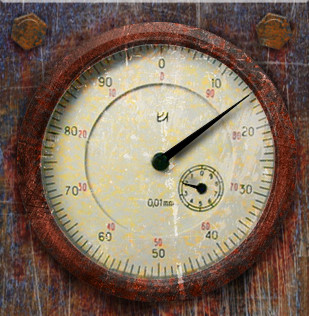 But look what happened when we let the timer run... Where is the light source? 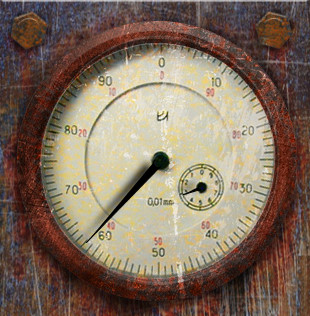 What's happening here is that the drop shadow is rotating with the hand. Not what we want.
We were all learning JavaFX that day, so we hacked it, using the following code:

Now, the drop shadow offset moves along with the rotation such that the shadow always appears in the right place.
It worked, and we moved on.

Now that I understand JavaFX and the scenegraph a bit better I realize that this approach is wrong - there's a much simpler solution!
We don't want to apply the drop shadow to the Path object directly, since the path is what we are rotating with our minute angle.
Instead, we should simply move the effect out to the surrounding parent. That will apply the drop shadow after the shape
has been rotated.
Doing that, we can set our drop shadow initialization back to the original simple 5,5 delta, and we get exactly the result we want: 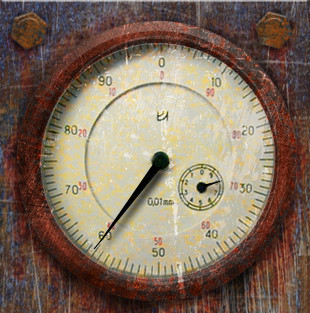 So, think about which node you apply effects to! And by the way, the effects framework is really fun to play with - you should definitely
explore javafx.scene.effect.* !