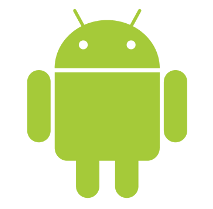 In particular, I'm working on tooling for Android. That means I get to work fully in open source again which I enjoyed in the NetBeans days. We use the public Android git repository and I submit my fixes into the Gerrit code review tool which is a really nice workflow tool for git; I highly recommend it.

As you may or may not know, the Android tooling is Eclipse based, so I'm learning both to use Eclipse as well as writing plugins for it. There are some things I'm missing from NetBeans, but there are also some new features I'm welcoming. I just need to rewire my motor reflexes for it all to feel natural!

In the past when I've posted NetBeans tips, many of you have helpfully listed the corresponding Eclipse (and IntelliJ) shortcuts. While I have found replacements for many of the features I'm used to, I'm still stumped with the following, so if any of you could enlighten me - either with existing keybindings or optional plugins, I would appreciate it:


These are the answers I've asked some Eclipse users about and still haven't learned the answers to. One question I did ask, and eventually found the answer to is how to navigate files similar to NetBeans' Ctrl-Tab feature. The reason I'm bringing it up is that only one person finally showed me the right feature but most people didn't know about it - so if you're an Eclipse user, maybe you'll find this useful: "Next Editor". It's bound to something I can't remember in Eclipse, but I rebound the action called "Next Editor" to Ctrl-Tab (since Cmd-Tab is the equivalent application-switch shortcut on the Mac). You can press it to jump between two files - but the key thing is that when you're jumping between more than two files you can keep holding the Ctrl key after typing Tab to see a dialog of your recently edited files in most-recently-edited order.  I find this more intuitive than the jump-between-editing-locations since sometimes I jump to a file, look for something (without editing) and then I want to go back.

Anyway, I'm having a great time. I love working on tools, and perhaps even more, Android!

(By the way, if there are any SWT mavens out there, I would love an answer to this question which I posed on StackOverflow. If you know the answer but don't have or want to have a Stackoverflow account, feel free to post it here and I'll link back to it.)
Posted by Tor Norbye at 11:11 AM 24 comments: