NetBeans 6.7.1 was released yesterday, which in addition to a number of important bug fixes in various areas, also now includes support for JavaFX.

It looks very promising; the biggest problems I mentioned a couple of months ago are fixed. I no longer get any bogus or stale error messages. And the preview pane seems to work - I'm not getting exceptions left and right. Also, the preview panel is docked into the navigator area - that seems like a good place for it.

Code completion and import management works as before - which means it might be a little surprising (see my old blog entry for tips), but it works.

Unfortunately, my two other pet peeves are still there: No toggle comment, and no mark occurrences jumping - which is extra problematic since there's no Find Usages for the JavaFX support. I took a quick peek at the sources, and adding it is trivial - so I submitted a patch.

In the meantime, you can download this .nbm plugin file and install it via Tools > Plugins if you want to get these two features. Cmd-/ to toggle comments, and Ctrl-Up/Down to jump between the occurrences in the current file. Note that I couldn't create a separate plugin to do this - I hacked the existing JavaFX editor support. That's because the mark occurrences feature needs to access a method which is package private (and I didn't want to mess around with reflection - I can't spent time on this). This unfortunately means though that you are using a hacked version of the FX editor module. If they release patch updates later you'll be replacing this functionality. But hopefully by then they will have applied the patch!

I noticed by the way that all the source code for the NetBeans JavaFX plugin is available right there in the public NetBeans Mercurial repository - so you can not only grab the source code and build it yourself, but you can fix and contribute patches to make the support better. I want a good JavaFX source formatter! Actually I'll even settle for just a simple indenter. Please, pretty please? P.S. I see that there is already a code formatter class in there - I added a breakpoint and stepped through it a bit but I couldn't see anything obvious, and I unfortunately can't spend any time on this, so hopefully somebody else can step up to the plate? 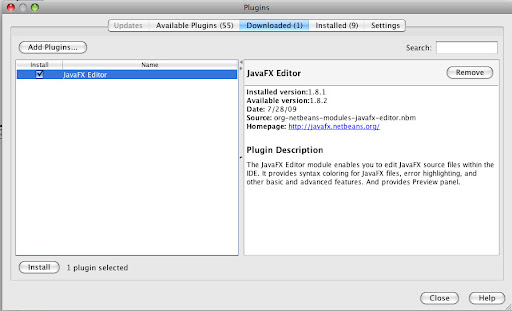 I'm back from a nice but short vacation. We didn't have a detailed itinerary - we just took one day at a time and decided where to head next. We spent several days in the old Gold Rush country in the Sierra foothills - there were many things to see, such as museums, mines and caverns, and a preserved whole gold rush town with original buildings, a no-cars main road and all employees wearing authentic clothing. From there we visited the central coast and went to several of the original Missions, and ended up seeing the 4th of July fireworks from the beach in Santa Barbara. While I was gone I see that NetBeans 6.7, and Virtual Box 3.0 have both been released. Both should help me as I get back to work... 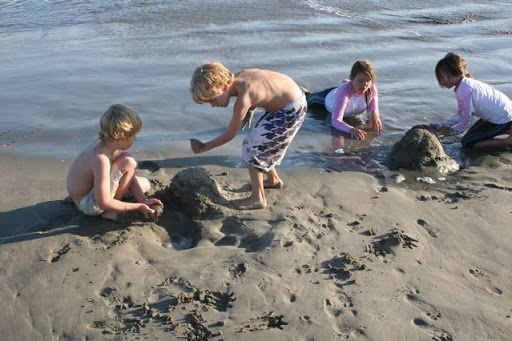 Posted by Tor Norbye at 6:14 AM No comments: